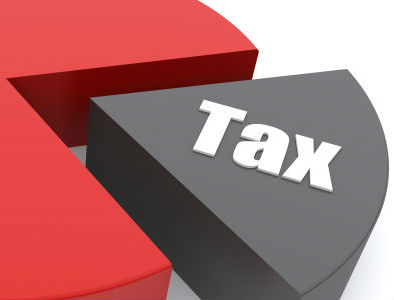 Non-Irish Residents are obliged to pay Irish tax on Irish sourced Income such as employment & rental income. This may be offset against their foreign tax liability in their country of tax residence depending on the provisions of Ireland’s Double Tax Treaty with that country.

Non-Irish Residents do not have to pay Irish tax on non-Irish sourced Income.

How do I know if I am resident in Ireland for a tax year?

Your residence status for tax purposes is determined by the number of days that you are present in Ireland in a tax year. You will be resident in Ireland for a tax year in either of the following circumstances:

What income will I be chargeable to tax on in Ireland?

You will be taxed on your worldwide income, for a tax year, that you are resident, ordinarily resident and domiciled in Ireland for tax purposes.

What does the term “Ordinarily Resident” mean?

The term ordinarily resident as distinct from resident refers to an individual’s pattern of residence over a number of years. If you come to Ireland for the first time and remain resident for three consecutive tax years, you will become ordinarily resident from the beginning of the fourth tax year.

Can I make a Repayment Claim on leaving the country?

On leaving the country you should notify Revenue, as you may be entitled to claim a tax refund. You may do so by completing Form P50 and submitting it to your local Revenue office with Form P45 (parts 2 & 3) which you should receive from your employer.

The changes mean that after a non-domiciled individual has been resident in the UK for seven years they will only be able to use the remittance basis of taxation if they pay an additional tax charge of £30,000 a year. Where an individual then decides not to use the remittance basis (and not pay the additional tax charge) they will be taxed on all their worldwide income and gains whether or not they are remitted to the UK.

The new rules came into effect from 06 April 2008 and all previous years of residence will count from that day. So, for example, an individual not domiciled within the UK who has been resident in the UK for five years in April 2008 will only be able to claim the remittance basis of taxation for two more years before they have to pay either the £30,000 annual tax charge or account for tax under the arising basis.

It is believed that more than half of the UK non-domiciled “super rich” currently residing in the UK will leave when the Government imposes this annual £30,000 charge on foreigners determined to keep their overseas income out of the UK tax net. About a third of ‘non-doms’ have well-advanced plans to sell properties and depart, which gives an indication of how the ‘non doms’ in the UK are reacting to the UK tax changes.

A similar basis of taxation applies in the Republic of Ireland. The remittance basis of assessment applies to foreign sourced income (including UK sourced income effective from 01 January 2008). It provides that for any tax year during which you are not Irish domiciled, or if you are an Irish citizen who is not ordinarily resident in Ireland, you will only be taxable to the extent you bring that income into Ireland.

UK residents effected by these changes should therefore consider taking up Republic of Ireland residency as it is now a very attractive alternative location for high net worth individuals.