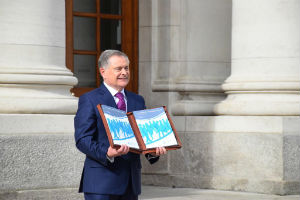 Now that the Irish Budget for 2015 has been revealed, it's time to have a look at the implications for international businesses that have set up in Ireland or are looking to do so.

The news that the corporate tax rate will stay at 12.5% was greatly welcomed and there are many other points that reinforce Ireland's position as the best base for those businesses looking to expand into Europe.

The Irish Tax Institute has outlined the following points from Budget 2015 related to international business:

Our current tax residence rules will be amended. The default rule will be that all companies incorporated in Ireland will be tax resident in Ireland. The exact detail of the change will be included in the Finance Bill but it is expected that the ‘trading exemption’ will be removed from the incorporation test. The change will take effect from 1 January 2015 for new companies. For existing companies, the change will not apply until the end of 2020.

The current IP capital allowances regime in Section 291A TCA 1997 will be enhanced. The current 80% cap on the aggregate amount of allowances and related interest expense that may be claimed will be removed. Additionally, the definition of “specified intangible assets” will be amended to ensure that allowances are available in respect of “customer lists”.

Introduction of a “Knowledge Development Box”

Minister Noonan committed to introducing a “best in class” income-based IP regime. A public consultation will be held in late 2014 on how this regime should be developed and legislation will be introduced in next year’s Finance Bill or as soon as EU and OECD discussions on the issue conclude.

SARP is being extended for a further 3 years until the end of 2017 and the upper salary threshold (currently €500,000) is being removed. The residency requirements are being amended and the restriction on working abroad is also being removed. The requirement for the individual to have been employed abroad by the employer is being reduced from 12 to 6 months. Further details of the changes are expected to be provided in the Finance Bill. The Institute highlighted these issues with the SARP in our response to the recent Department of Finance consultation.

Ireland will continue to expand its extensive network of tax treaties and tax information exchange agreements.

Ireland will continue to support exchange of information and the OECD’s proposals on country by country reporting. Additionally, a spillover analysis of the impact of the Irish tax system on developing economies will be published.