Advantages of Setting Up a Limited Company in Ireland 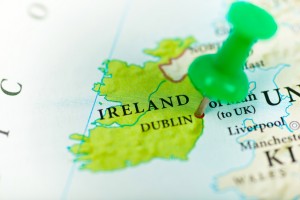 Are you looking for a base for your international operations?

The 2008-2012 Business Environment Ranking of the Economist Intelligence Unit placed Ireland 11th globally out of 82 countries, naming it as one of the most attractive business locations in the world. Furthermore, Forbes 2011 named Ireland as the best country in Europe in which to do business. (Source: IDA)

With a limited company in Ireland, you can avail of the following advantages...

Ireland is becoming increasingly attractive as a holding company location for foreign investors particularly where it is combined with a trading activity such as headquarter activities, treasury or research & development:

Why do so many multinational corporations have international headquarters in Ireland?

Google is using a network of Irish companies to save millions in taxes. Filings that Google lodged with the US regulatory authorities indicate the multinational's effective tax rate has dropped from 39 per cent to 31 per cent, indicating it is saving approximately €100 million a year in taxes via its Irish business. Google has two Irish based operations, one of which, Google Ireland Holdings Ltd, received $388.55 million (€330.5 million) in royalty payments in 2004, its first year in operation.

In 2005 the Wall Street Journal reported that an Irish subsidiary of Microsoft was helping it reduce its tax bill by at least $500 million annually. The hitherto unknown subsidiary, Round Island One Ltd, made an after-tax profit of $3.8 billion in 2004, and paid $324 million in Irish corporate tax. (Source: Irish Times)